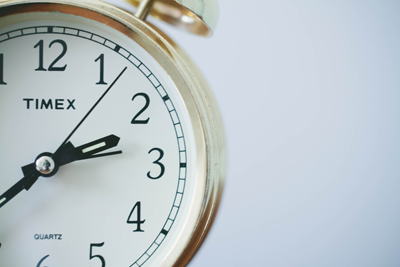 Academic Computer Network started its development in early 1990s by its connection with several major faculties, and after the period of technological stagnation in the late 1990s and early 2000s, its fast development and integration into European Academic Network and associations started at the beginning of 2001.

In the period from 2002 to 2006 Serbian Academic Network – AMRES got its current name and RCUB manages, maintains and develops AMRES in terms of organizational and technical issues, it represents AMRES locally and globally and coordinates work of Universities in Novi Sad, Niš, Kragujevac which participated in network development.

The year 2002 was marked by initiation of construction of new "gigabit Serbian Academic Network" - gigaAMRES by introduction of first optical links with gigabit speed at inter-city routes. In the second half of 2003 agreement was made between Telekom Srbija AD, Belgrade University and Ministry of Science and Technological Development of the Republic of Serbia, under which Ministry finances implementation and leasing of optical fibers at high number of inter-city links all over the country and within the cities of Belgrade, Niš, Kragujevac and Novi Sad. Conditions were made in this way for implementation of safe inter-city AMRES backbone of high capacity, which will reach majority of places where faculties, institutes or colleges are located.

In this period, participation in  SEEREN (South-East European Research and Education Networking) project (2002-2004), financed by European Commission under  FP5 program plays one of the key roles in the development of AMRES, primarily through provision of international Internet links. This project gave stimulus to the Balkans region in development of computer and Internet infrastructure by link towards GÉANT network – pan-European network which links European academic networks to the other part of the Internet. Project participants were Academic Networks of Albania, Bosnia and Herzegovina, Bulgaria, Macedonia, Montenegro, Greece, Hungary and Romania. The project leader was Greek Academic Network.

Simultaneously with this project, capacity of AMRES network was strengthened through SEEFIRE (South-East Europe Fibre Infrastructure for Research & Education) project (2005-2006), financed by European Commission under FP6 program, whose aim was to analyze, select and recommend optimum optical communication technologies and research resources for construction of optical academic networks in South-Eastern Europe. This project was the basis for further project SEELIGHT through which the framework of current AMRES network was made.

AMRES project is designed with the aim to establish organizational model of management, systematic work and development of AMRES as national scientific-research and education computer network, till establishment of separate legal entity.

By Agreement made between Ministry of Science and Environmental Protection of the Republic of Serbia and Universities, AMRES is established in terms of organizational and technical issues in the form of project, which presented implementation of one of the basic aims set by Strategy of Information Society Development in the Republic of Serbia.

Annual work program defined technical, organizational and administrative activities, as well as a series of specific results that the project should deliver.

International link of  AMRES network in this period was firstly provided by SEEREN2, and later on by GÉANT 3 project. SEEREN2 project (2006-2008) was continuation of  SEEREN project which meant further development of infrastructure in South-Eastern Europe, increase of link capacity as well as preparation of network and GRID infrastructure for full integration into European Academic Network GÉANT2 and its projects: EGEE, TEIN2, ALICE, etc. The project gathered scientific-research and education networks of Serbia, Montenegro, Bosnia and Herzegovina, Bulgaria, Macedonia, Greece, Hungary, Romania, Albania as well as TERENA and DANTE organizations.

GÉANT 3 was the third generation of GÉANT network and successor of GÉANT 2 project, implemented via GN3 project of European Commission (2009-2013).  GÉANT 3 is designed and constructed in the name of consortium of national research and education networks, and it is co-financed by European Commission as part of  FP7 framework. GÉANT 3 network linked users from 40 countries via its backbone and provided links with other regions around the world and the Internet.

By obtaining the status of legal entity, AMRES became the institution in charge of managing scientific-research and education computer network, and it is organized based on the model that was successfully implemented in majority of European countries. AMRES was enabled to improve organization with the aim of as efficient development, construction and maintenance of network and services intended for end users. Special attention was paid to improvement of current cooperation with international scientific-research and education networks. Work on GN3 project was continued, and AMRES became a full member of consortium of European Academic Networks.

The key project for development of internal infrastructure in this period is SEELIGHT. SEELight (South-East European Lambda Network Facility for Research and Education) project was aimed at development of regional optical network in South-Eastern European countries, in order to find long-term solution to the problem of academic network infrastructure in the region and its integration with European academic network GÉANT. Within SEELight project, optical fibers with total length of 3800 kilometres were leased for the period of 15 years. In this way Serbian Academic Network is provided for long-term period with the internal optical infrastructure, to which institutions from 50 Serbian cities will be linked, as well as optical links with neighboring Academic Networks. The project was co-financed by Hellenic Plan for the Economic Reconstruction of the Balkans  (HiPERB) and Serbian Government, and the project leader in Serbia is Ministry competent for telecommunication affairs.